For UVA Astronomers, New Space Telescope Could Be a ‘Game-Changer’

When the James Webb Space Telescope launches in October, it will be the world’s premier space science observatory. Among those eagerly awaiting the Webb telescope’s launch are two UVA astronomers leading two of the 13 Early Release Science projects selected by NASA and its partners, the European Space Agency and the Canadian Space Agency.

When the James Webb Space Telescope launches in October, it will be the world’s premier space science observatory. Its combination of high-resolution and infrared-detecting instruments is expected to provide astronomers with a wealth of detailed data – not only on individual stars in the local universe, but also an unprecedented level of detail of what’s happening at the cores of other galaxies.

Among those eagerly awaiting the Webb telescope’s launch are a pair of University of Virginia astronomers leading and working on two of the 13 Early Release Science projects selected by NASA and its partners, the European Space Agency and the Canadian Space Agency, to test its capabilities. Data from Aaron Evans’s and Nitya Kallivayalil’s projects, as well as from the other 11 Early Release Science programs, will be made available to other astronomers immediately, and archived for future research.

To put it into perspective the technological leap forward offered by the Webb telescope, Evans said, it has about 50 times better sensitivity and 10 times better resolution than its predecessor, the Spitzer Space Telescope.

“For all of us who did work previously with the Spitzer Space Telescope, the James Webb Space Telescope is basically a dream,” said Evans, UVA professor of astronomy and co-primary investigator of a project scheduled to explore the cores of merging galaxies. “If they were going to put a telescope under your Christmas tree, it would be the Webb telescope.”

Kallivayalil, an associate professor of astronomy who researches near-field cosmology and dark matter, is working as an investigator on a separate project, led by Daniel Weisz of the University of California, Berkeley, on resolved populations of stars that have been shrouded from observation behind gas and dust – until now, thanks to the Webb telescope’s ability to pick out the details of more individual stars.

“The Webb telescope’s ability to push out these sorts of technical observations, out beyond our galaxy and into the local universe, will really allow us to place the local universe into a broader cosmological context,” Kallivayalil said.

Evans’s project will use the James Webb Space Telescope to explore the cores of merging galaxies, such as NGC 7469, a galaxy known to host an active supermassive black hole, seen here. (Photo courtesy NASA/Hubble Heritage)

When distant galaxies collide, their stars and gas fall toward the center as star formation escalates. At the same time, the black holes in these galaxies engorge themselves and light up, releasing energy into the surrounding gas. Think of it as an intergalactic fireworks display, unfortunately shrouded by dust. Webb’s significantly sharper and more sensitive observations in infrared light, however, will be able to see through the dust, leading to high-resolution data that will reveal far more about what’s happening at the cores of these galaxies.

The research team, led by Evans and Lee Armus of the California Institute of Technology/IPAC in Pasadena, will study the centers of a class of interacting galaxies known as luminous infrared galaxies. These merging galaxies are gas-rich spiral galaxies, which means they are still forming stars before colliding, but at pre-merger rates of up to 50 times less.

“One of the reasons why we’re interested in looking at these interacting galaxies is that they provide a preview to the eventual merger of our galaxy with the nearby Andromeda Galaxy,” said Evans, who also holds an appointment with the National Radio Astronomy Observatory in Charlottesville. “When galaxies like our own get close to each other, they have the possibility of interacting and merging, which gives us spectacular views into regions with extreme bursts of star formation.”

While stars are forming, they heat the surrounding dust, generating enormous amounts of energy in infrared light. Webb’s will allow researchers to resolve these central star-forming regions for the first time. Evans and Armus’s project aims to observe areas as small as 150 to 300 light-years across. For context, Evans said, each galaxy in a merger is about a few hundred thousand light-years in extent, but Webb’s high-resolution, infrared instruments will strip away all the dust and see clearly, for the first time, the activity at their cores.

“Webb’s instruments will provide huge leaps in our abilities to resolve what is happening in these galaxies,” Armus said, of the Webb data, which is expected to provide researchers a clear look at the centers of merging galaxies and inform a new generation of models that will describe how galaxies interact and merge.

Nitya Kallivayalil’s project will use the Webb to observe star cluster such as Messier 92 to demonstrate its ability to distinguish the light of its individual stars in a densely packed environment.
NASA/Hubble/ Gilles Chapdelaine

Nitya Kallivayalil’s project will use the Webb to observe star cluster such as Messier 92 to demonstrate its ability to distinguish the light of its individual stars in a densely packed environment. (Photo courtesy NASA/Hubble/ Gilles Chapdelaine)

The Webb telescope’s instruments are expected to reveal stars that currently remain hidden even from the powerful Hubble Space Telescope. Early observations from the Webb telescope will demonstrate its ability to distinguish the individual light of stars in the local universe in a range of environments, Kallivayalil said. That ability to resolve individual stars that are shrouded behind gas and dust in visible light will enable Kallivayalil and the other nine investigators working with Weisz on their Early Release Science project to investigate a range of questions, from star birth to star death to the universe’s expansion rate.

“The sensitivity of the James Webb Space Telescope is really key in terms of anchoring more distant stellar populations to well-studied local ones,” Kallivayalil said. “The fact that we can push further out and probe fainter stars and still see individual stars and study them at depth is absolutely fantastic.”

Webb will be able to study a nearby, ultra-faint dwarf galaxy, a remnant of the first seed-galaxies to form in the universe. Some of these eventually merged to form larger galaxies like the Milky Way, Weisz said, and the ability to now observe small, local dwarf galaxies “will show us what they were like billions of years ago.” That possibility could dramatically improve a greater understanding of the universe as a whole, according to astronomer Martha Boyer of the Space Telescope Institute, another member of the Early Release Science project.

“We really need to understand the local universe in order to understand all of the universe,” Boyer said. “The Local Group of galaxies are a sort of laboratory, where we can study galaxies in detail – every single component. In distant galaxies, we can’t resolve much detail, so we don’t know exactly what’s going on. A major step toward understanding distant or early galaxies is to study this collection of galaxies that are within our reach.”

As the Webb mission advances, Kallivayalil and Evans said they expect researchers to discover ways to use its tools in new, unexpected ways. The overarching goal is to share their findings in real time and assist the larger astronomy community to advance a spectrum of research goals. They said they are also proud to be doing this work as two underrepresented minority scientists and look forward to recruiting the next generation to work on such projects.

“I think this can be a game-changer not just for our project,” Kallivayalil said, “but for astronomy in general.” 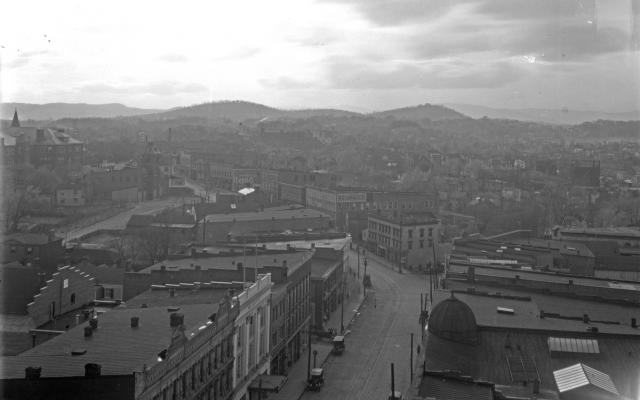 This new initiative will create a broad, interdisciplinary undergraduate program on “Race, Place and Equity” expanding UVA’s academic strengths in teaching about racial equity and democracy. 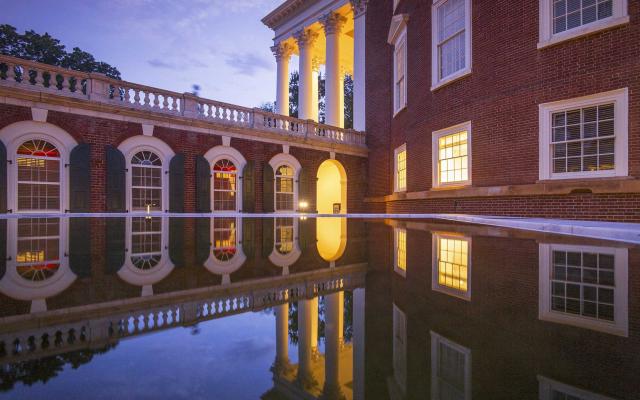 Special focus has been on efforts to increase the diversity of the student body and faculty, consistent with the University’s 2030 Strategic Plan.