Behind the Scenes of the $3.7 Million Hydrogen Energy ‘Earthshot’ at UVA 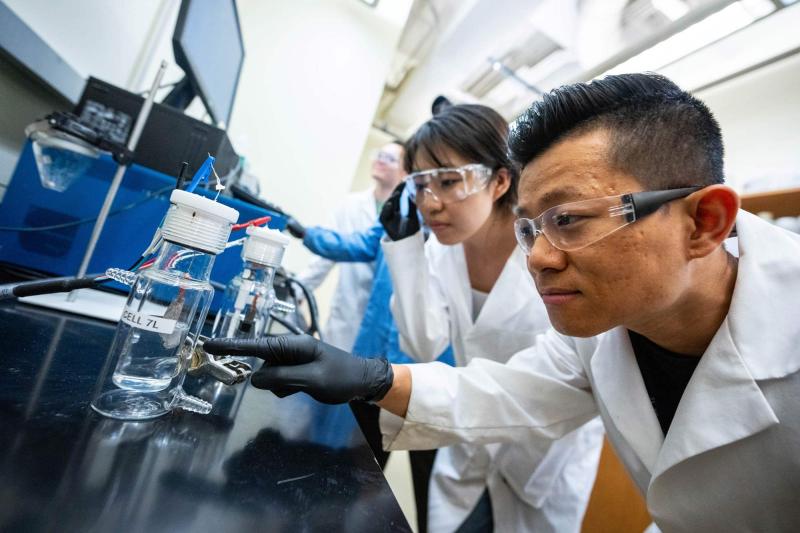 The U.S. Department of Energy announced Thursday that the University of Virginia will receive $3.7 million to pioneer clean energy through a more efficient “green” way of producing hydrogen.

Yes, the world’s lightest element and the most abundant element in the universe could also be an answer to two of the world’s most vexing problems: high energy demand and climate change.

The three-year grant is part of the current administration’s “Earthshot” challenge to move the nation to net-zero carbon emissions by 2050.

On the heels of Energy Secretary Jennifer Granholm’s visit to the University to make the announcement, here’s what’s you need to know about the work UVA is leading.

Hydrogen, which can be produced by the molecular separation of water in a process known as “water splitting,” has the potential to be a major component of an overarching clean energy plan.

If it can be produced cheaply enough on an industrial scale through a process called electrolysis, using a plentiful renewable energy source such as solar energy to drive the reaction, the positive environmental and economic impacts would be substantial, experts say.

Sen Zhang, a UVA associate professor of chemistry who serves as the project’s principal investigator and team lead, said if the research is successful, it “will potentially transform the U.S. and global energy portfolio.” 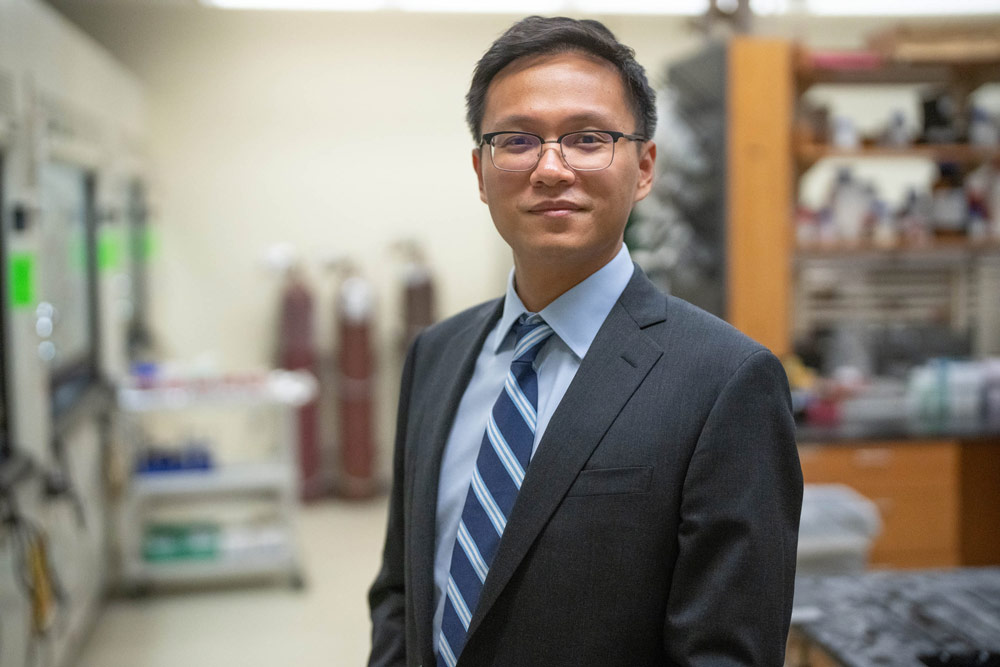 Commonwealth Professor of Chemistry T. Brent Gunnoe, a co-investigator on the project, agreed.

“If you can produce inexpensive hydrogen using solar energy, it opens the door to paradigm shift for energy production and use,” Gunnoe said. “It really opens up an enormous range of options, including both energy and large-scale chemical production that is necessary for modern society.”

The professors will be assisted by undergraduate and graduate students on the effort.

The University will also team up with co-investigators from Brookhaven National Laboratory, the California Institute of Technology, Columbia University and the University of Delaware to work on separate but related aspects of the challenge.

The project dovetails with UVA’s Grand Challenge to generate research that promotes environmental resilience and sustainability.

Carbon dioxide, emitted from cars and industry, is considered one of the major contributors to climate change.

If hydrogen were cheaper, hydrogen fuel-cell vehicles, which use compressed hydrogen gas and emit only water, would become more viable. However, these vehicles still have some challenges to overcome. Range of travel and the relatively more flammable fuel are concerns.

But for these UVA researchers, the bigger play is liquid engine fuels made with a process that doesn’t require new petroleum extraction.

Scientists know how to combine hydrogen with carbon dioxide to produce liquid fuels that are safe to use, Zhang said. And they know how to capture carbon dioxide from the atmosphere – although this vision requires the development of large-scale technologies for capture.

In theory, scaling up fuel made from cleaned air and clean hydrogen obtained through renewable energy would mean ratcheting down the amount of carbon dioxide being added to the air – creating a clean energy win.

And that’s just vehicles. Clean hydrogen could serve as a source of energy for power hogs such as computer data centers, while revolutionizing the production of fertilizer and other products. Currently, the hydrogen to produce ammonia in fertilizer is accessed using fossil resources, and it’s responsible for the addition of massive amounts of carbon dioxide to the atmosphere, Gunnoe said.

The sticking point to utilize clean hydrogen is cost. Researchers need to find a way to produce the hydrogen at about a fifth of the current expense in order to reach market feasibility, the Department of Energy says.

Zhang confirmed UVA is up for the challenge.

“Our project aligns with the Department of Energy's ‘1-1-1’ mission of reducing the hydrogen production cost using water electrolyzers to $1 per one kilogram in one decade,” he said.

The Tech They’ll Be Working On

So what exactly is an electrolyzer?

It’s the apparatus that will produce the hydrogen. The device relies on a chemical process activated by electricity (such as through solar energy) to split the H2O molecules.

Specifically, the researchers are investigating the component parts of an emerging type of water electrolyzer that uses hydroxide. The chemical compound is stored in a central solid polymer membrane to help separate out the hydrogen from the oxygen.

The team essentially wants to figure out ways to make the core reaction that takes place faster and the materials used more robust.

“The materials used currently as electrocatalysts in water electrolyzers are too expensive, too slow, and they’re not stable enough,” Gunnoe said. 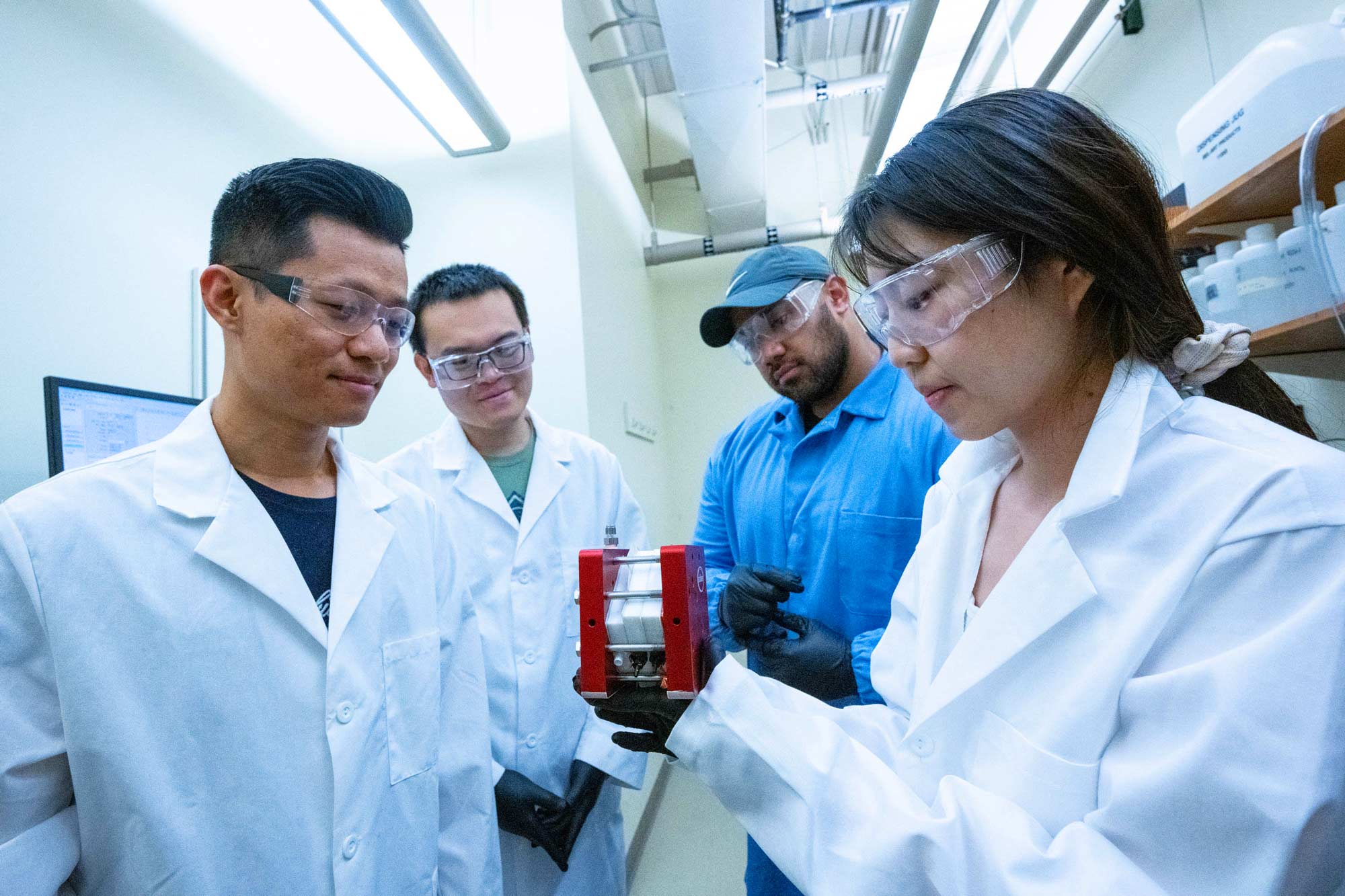 Gunnoe and Machan will work on developing tailored molecules for the reaction that splits the water.

Zhang and Zhu will use those molecules to create the advanced materials that will function as the catalyst in the electrolyzer.

The affiliated researchers outside of UVA will work on other aspects of the electrolyzer, including durability testing and computational design – on up to eventually building a full protype with the most ideal components, Zhang said.

The researchers are going to see how fast they can move the needle forward over the course of the three-year grant.

“It is a very bold and ambitious vision for the future,” Gunnoe said. “I don’t want to paint the picture that we are two or three years from this at the industrial level. There is a tremendous amount of science that needs to evolve. Under Sen’s leadership and with our talented partners, I am confident that we are going to make significant contributions over the next three years.”

Fourth-year chemistry student Shen-Wei Yu said he is passionate about working on the project because it’s green from start to finish.

“I’m excited because we can use renewable energy such as solar to get a very clean hydrogen,” Yu said. 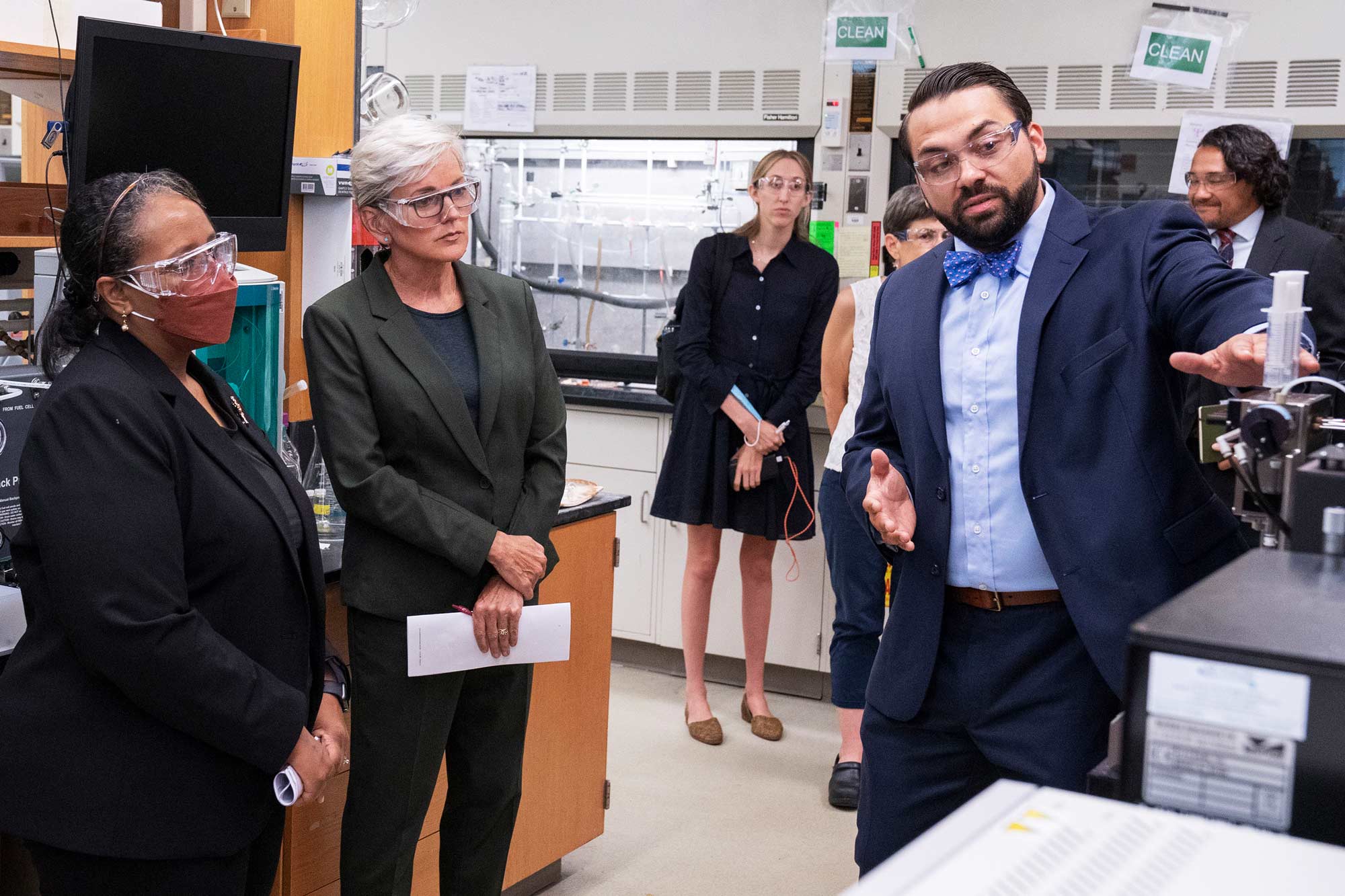 Charles Machan, an associate professor of chemistry, tells Secretary of Energy Jennifer Granholm and Asmeret Asefaw Berhe, the department’s director of the Office of Science, about the molecular portion of the research. (Photo by Dan Addison, University Communications)

Tangi Akauola, a second-year graduate student, said working on the project appeals to his sense of civic duty.

“What motivated me to join the Zhang lab is that we’re at the heart of creating an infrastructure in this country that can support a clean sustainable energy in the form of hydrogen gas,” Akauola said.

He added that, as a generation, “We care a lot about the future of this country, because it’s the country we’ll inherit.”

The students working on the project, along with chemistry faculty members and UVA administrators, were among those lucky enough to meet with Granholm during last week’s visit, which included a guided lab tour and enthusiastic remarks from UVA President Jim Ryan.

The energy secretary congratulated UVA on landing the project and broadly touted the future of hydrogen, which she said will include not only new technological development, but investment in regional hubs for hydrogen production. 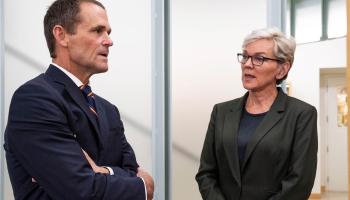 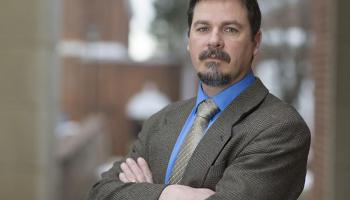 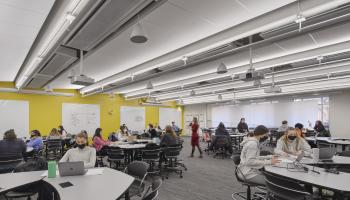 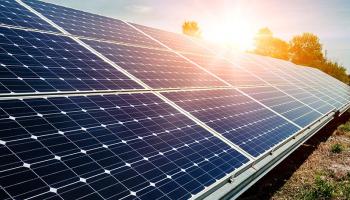 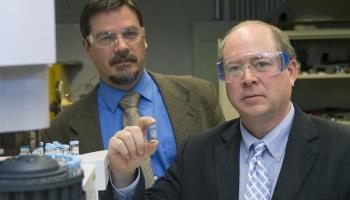