Cornel West Encourages Students To ‘Major in a Courageous Life’ 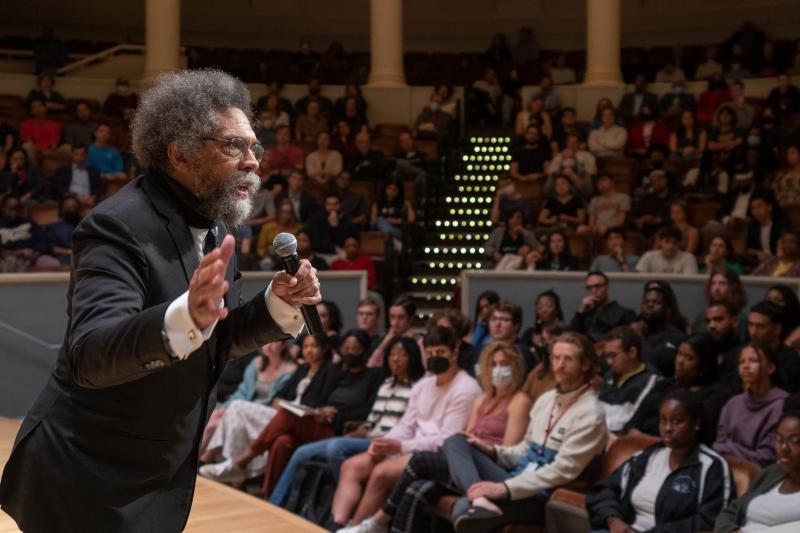 Philosopher Cornel West on Thursday warned a University of Virginia crowd at Old Cabell Hall night that his talk, as a reflection of our times, would be full of blue notes and dissonance. But the lively remarks that followed often offered encouragement, especially to students.

Addressing “The Idea of a University in Our Time,” West said universities should focus on the character development of their students. And students must learn how to see and listen to others more broadly and deeply so they can contribute to making the world a better place.

West, who holds the Dietrich Bonhoeffer Chair at Union Theological Seminary in New York, has taught courses including philosophy of religion, African American thought, the classics, politics, cultural theory, literature and music. He has written 20 books, among them, “Race Matters” and “Democracy Matters,” as well as a memoir, “Brother West: Living and Loving Out Loud.” His most recent book, “Black Prophetic Fire,” examines 19th- and 20th-century African American leaders and their visionary legacies. 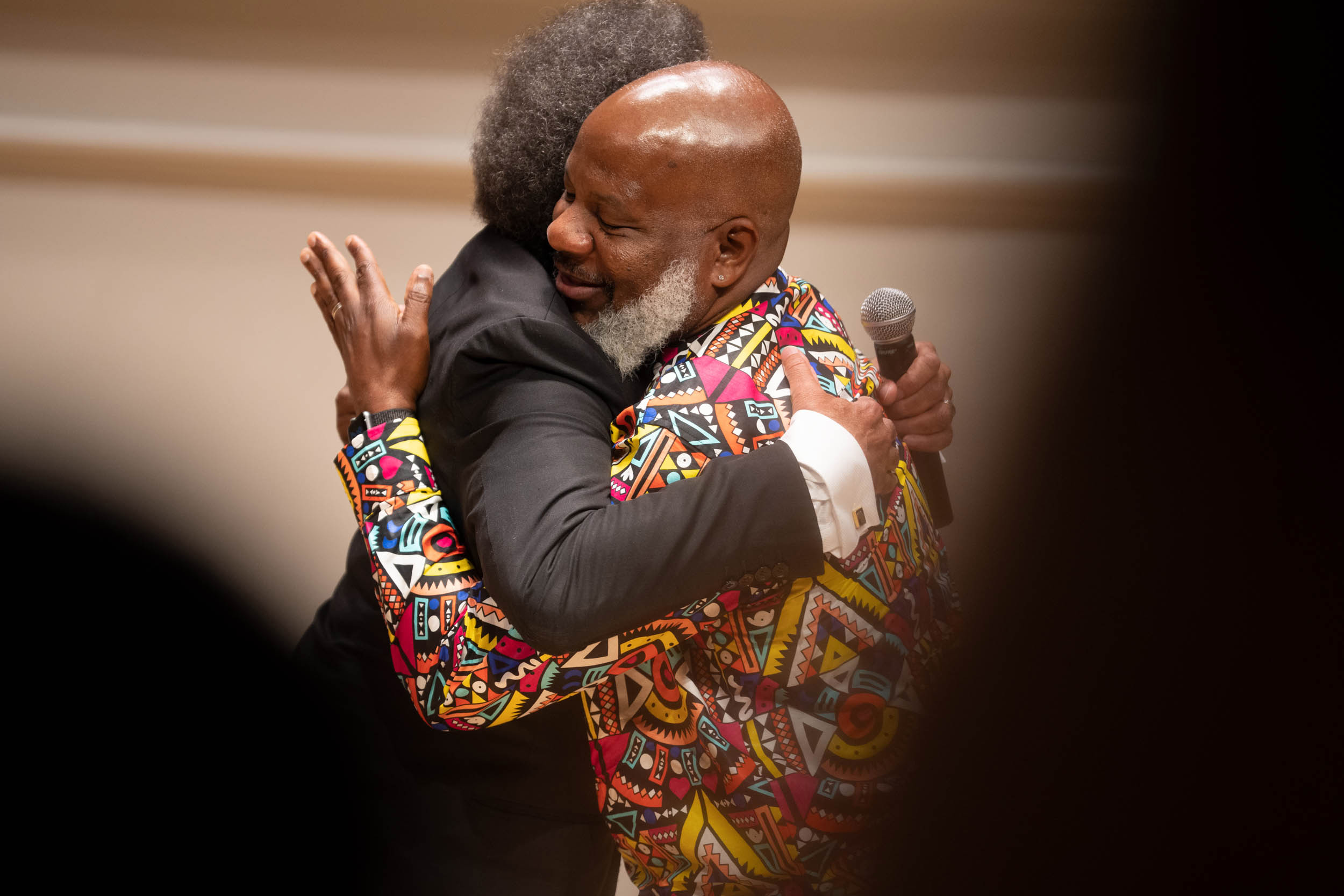 His talk was sponsored by UVA’s Division for Diversity, Equity, and Inclusion; the Carter G. Woodson Institute for African American and African Studies; and the School of Law. The event also included a question-and-answer session, moderated by professor Robert Trent Vinson, who directs the Woodson Institute.

Mentioning several philosophers and educators – even UVA founder Thomas Jefferson, despite his faults – West advocated the Socratic method of leading a fully examined life, and reworking a modern version of “paideia,” a Greek system of educating knowledgeable citizens. Universities need to create a space for cultivating “paideia” against the forces pushing toward fascism and fascist ideas, he said. 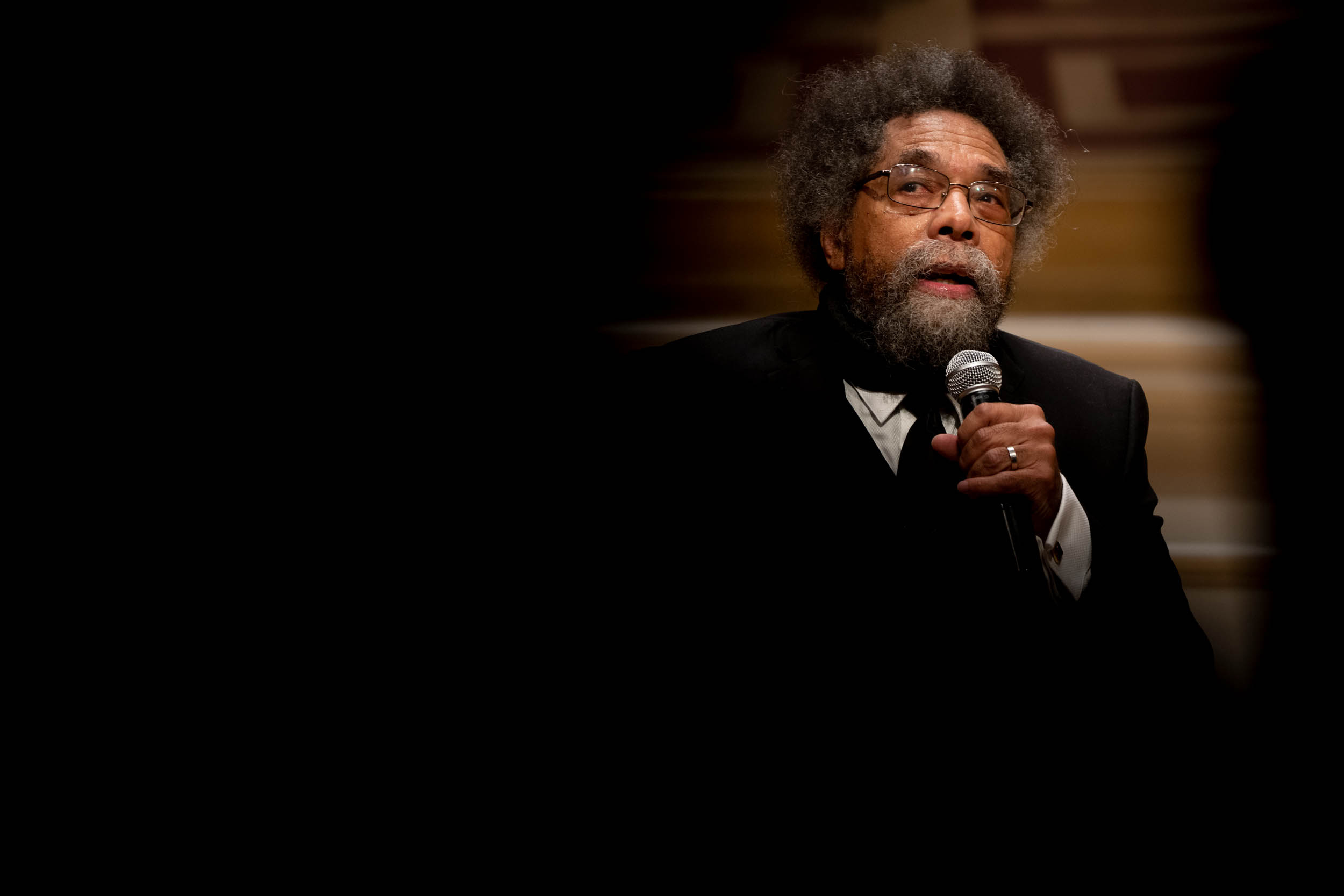 “Our time” is undeniably full of the blues, he lamented, and that means “wrestling with death, dread and despair.” The crises of our times include racism and threats to our democracy, as well as the existence of the planet, he noted. Universities are too beholden to the capitalist system, he declared. In any and all disciplines, he urged students to look at the history of the subject, who’s in control and where funding comes from.

It’s important to acknowledge and know your roots, he stressed. “Use as a point of reference the tradition from which you come,” he said. He cited the importance of learning, for example, not only from Black leaders, past and present, but also from people who have influenced and loved you.

For Black people, surviving slavery and hatred for some 400 years wouldn’t be possible without seeing the beauty, joy and love in people’s lives, he said. Hope can be a burden as well as a virtue, though. We can maintain hope that’s beneficial, he said, by “staying in motion” – by keeping active in service to others, by “majoring in a courageous life.” 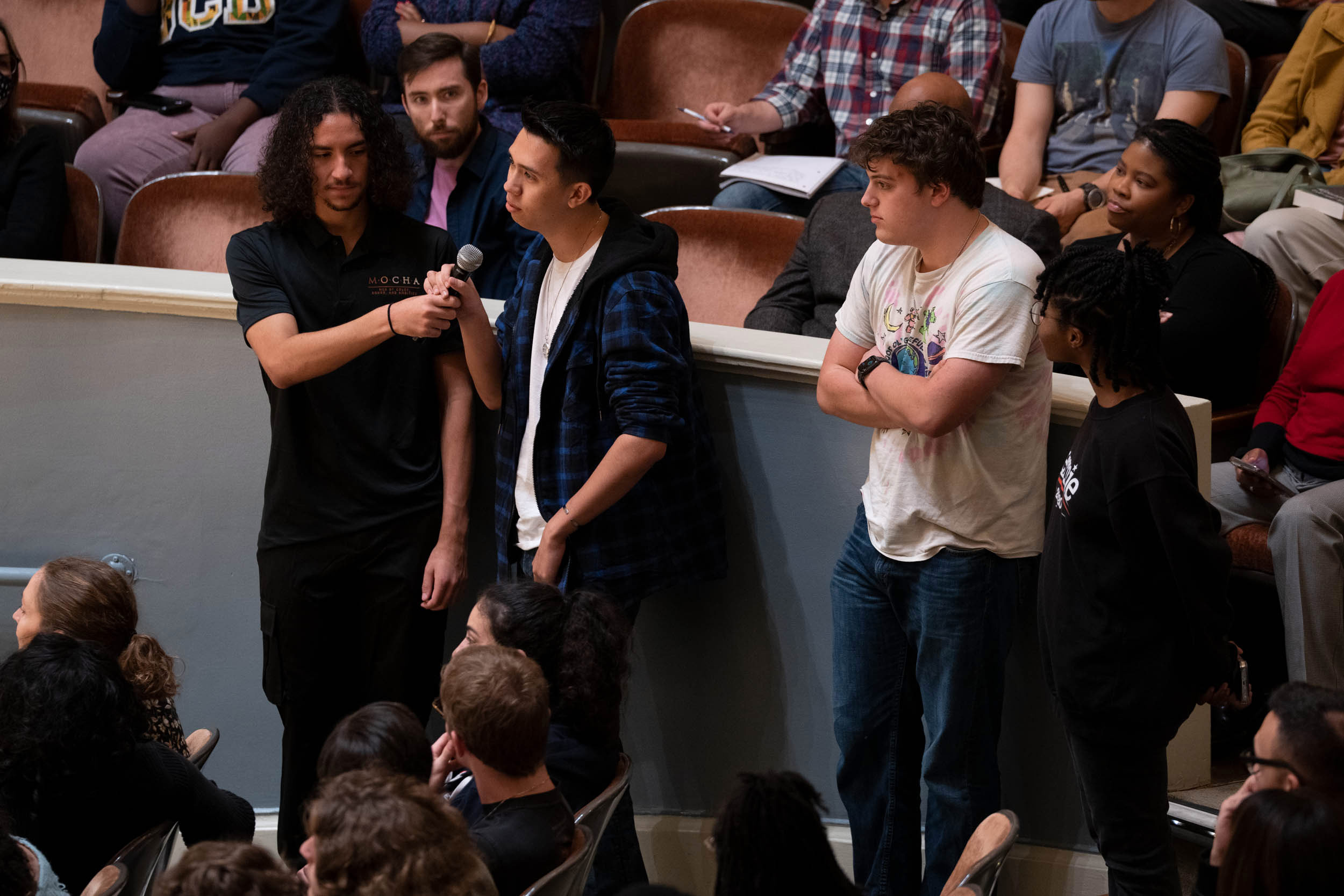 The event also included a question-and-answer session with West. 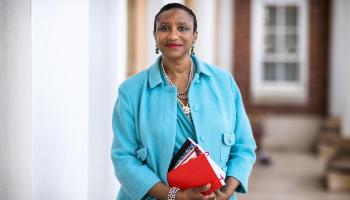 The Difference a Department Makes: Woodson Institute Determines Its Destiny 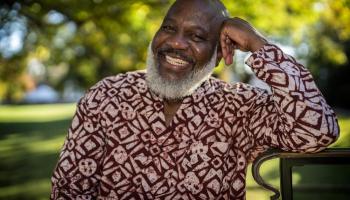 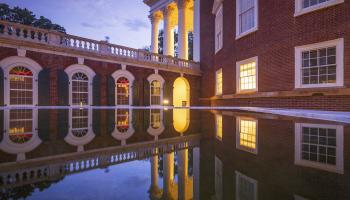 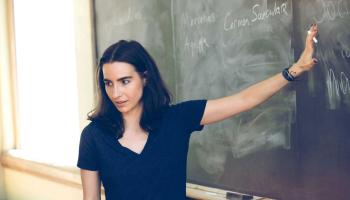