The Long Echo of "Silent Spring" 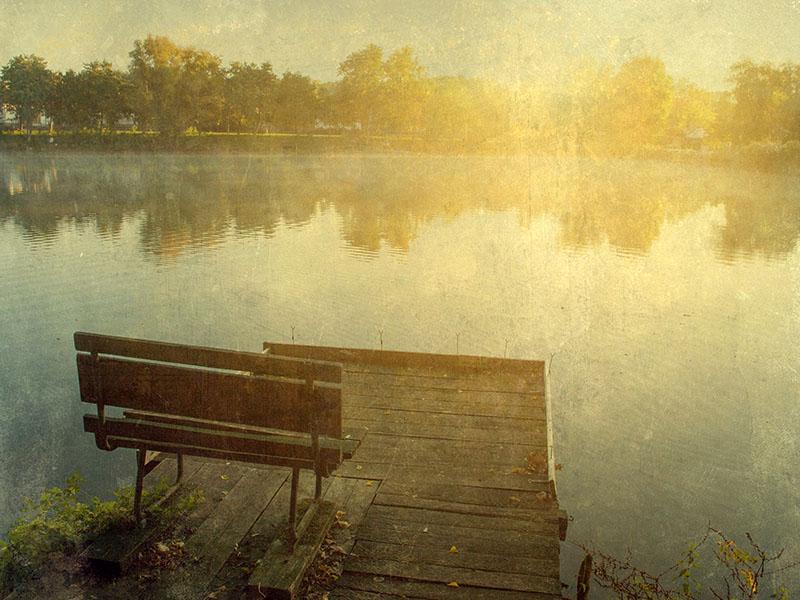 Few authors can expect their books to remain in print for more than two to three years. But then, few authors can change the way we see the world.

This month marks the 60th anniversary of Silent Spring, Rachel Carson’s book that examines both the environmental damage caused by pesticides and the chemical industry’s efforts to influence legislation through a campaign of disinformation.

Carson focused on the use of DDT — the powerful pesticide originally developed to control populations of disease-bearing insects — and the mounting evidence pointing to the devastating effects of its misuse to wildlife and human health.

The book’s publication in September of 1962 inspired the environmental movement; spurred the development of the multidisciplinary field of environmental sciences; and led to the development of the Environmental Protection Agency, sweeping in changes in the laws affecting air, land and water. With over two million copies in print, the book is one of the most influential science books of the last hundred years and continues to shape the way generations of scientists around the world and at the University of Virginia think about the environment.

Bringing Diversity to the Sciences

Ecologist Jessamyn Manson is an assistant professor of biology and director of undergraduate programs in biology in UVA’s College and Graduate School of Arts & Sciences. She studies how plants and insects work together to form ecosystems.

Manson first encountered Silent Spring as an undergraduate. The idea that the use of a pesticide might have wider repercussions within an ecosystem made sense to her as a student of conservation biology, but it was just as important to her that it was a woman’s voice that had such a profound impact on science and on the legislation that it made possible.

As an undergraduate, Manson didn’t intend to pursue an academic career until two senior faculty members who mentored and advised her, who were respected scientists and who happened to be women, changed her mind.

“The fact that there were leaders in the field who didn’t look the same as everyone else had a huge impact on my worldview, especially as an undergraduate,” Manson said. “As a young female scientist, having that sort of person as a role model showed me what was possible for me in my own career.”

She believes the example that Carson set was just as important and continues to be important to young women today.

When Manson teaches a survey course in biodiversity and conservation, Rachel Carson is still the only woman in that brief overview of the science, but she’s also one of the most important voices in its history. Students come to her class already aware of who Carson is and why her work helped set the stage for the way scientists approach the discipline of conservation several generations later.

“I think it’s really wonderful that students are still so fascinated by it,” Manson said. “Carson’s book is still very present in our conversations about protecting the environment, and that’s the sign of a truly influential work, that we keep going back to it.”

A New Approach to Science

A professor emeritus with UVA’s Department of Environmental Sciences, Herman “Hank” Shugart spent his career focused on the impacts of global climate change. He first read Silent Spring shortly after it was published, but even then, he had already felt its effect. As a boy, he was a dedicated birdwatcher, and the summer after his first year in college he landed an internship at the Patuxent Wildlife Refuge in Laurel, Maryland, where much of the research for Silent Spring was conducted. He worked with researchers there studying bald eagles, then at risk of being completely wiped out.

“Anybody at that time who was interested in birds realized that they were going extinct,” Shugart said.

But the causes, he added, weren’t as obvious. Carson’s focus on understanding the impact disparate ecological elements had on each other resonated with what he and the researchers he worked with were seeing in the lab, and it sparked his interest as a young student.

“The thing that was powerful to me was the idea it wasn’t just the big brutal stuff that’s easy to see that was causing the substantial extinction of all sorts of animals. It’s the things you couldn’t see,” Shugart said. “The great auk and the ivory-billed woodpecker all disappeared at the hands of human beings, but this was different. It was chemical, and you couldn’t smell, taste or see it, and that was the dimension that affected me the most.”

While DDT is no longer front-page news, Shugart says there are plenty of other threats to the health of wildlife and our ecosystems today, which may be one reason for the book’s enduring impact.

“It’s a very approachable book, and Rachel Carson’s writing style is one of encouraging discovery in her readers,” Shugart said.  “She wove together a notion that the environment is a system in a way that wasn’t common at the time, and I see the book as being as much a story about a way of approaching science.”

The Cornerstone of a Movement

James Galloway, the Sidman P. Poole Professor of Environmental Sciences at UVA, investigates how people use resources like food and energy. He also studies the benefits and problems those resources create, like the downstream effects of fertilizers and the hidden costs of the massive amounts of energy we use to heat and cool our homes.

“The good news is that we have energy, and we have food; the bad news is there's a cost,” Galloway explained.  “I study that on a chemical basis.”

Silent Spring was first published just as he was graduating from high school, and one of his biology professors in college introduced him to the book and the field of ecology. Ultimately, Galloway opted to pursue a Ph.D. in chemistry to better understand how people use chemicals and how those uses affect the environment.

For Galloway, the book endures because it was one of the first books to illuminate the broader impact of environmental change on humans, energizing a generation of readers.

“Rachel Carson was a great communicator. People paid attention to her. People learned from her, and people got angry,” Galloway said.  “I don’t know if she set the foundation for the environmental movement, that may or may not be true, but she certainly provided many of its cornerstones.”

As his own granddaughter’s interest in studying marine biology has continued to grow, Galloway continues to see Carson’s influence on successive generations of students and scientists.

As astronauts were orbiting earth and landing on the moon in the 1960s, human beings were seeing images of Earth from space for the first time in human history.  It can be hard to imagine a time when pictures of the planet that some referred to as a “big blue marble” in space offered a new and unfamiliar perspective, but UVA professor of environmental sciences Manuel Lerdau believes that startling new perspective played a big part in the success of Silent Spring.

Lerdau, first encountered the book in eighth grade, nearly a decade after its publication. His interest in natural history led him to take a job as a janitor for the local Audubon society. When one of his employers caught him reading on the job, she offered him the opportunity to do something a little different. That woman, as it turned out, was Shirley Briggs, the writer,  naturalist and friend of Rachel Carson’s who was charged with cataloging Carson’s papers after her death. Briggs needed help with the task, and Lerdau agreed to take on the job.

Reading Carson’s work led him to discover the research path he eventually took as a scholar.

“It was the notion that writing about nature was something you could do, and that’s essentially what a professor of environmental sciences is – that writing and sharing with other people what you saw and knew about the natural world is an important thing to do,” Lerdau said.

Today, Lerdau is a biologist interested in how plants affect the world around them – how the compounds they emit change the environment around them and how, on a larger scale, that environmental affects the atmosphere of the earth. The concept of thinking about science on a global scale wasn’t new when Silent Spring was published, but Lerdau credits the space program for making the environment a matter of central importance to scientists today.

“Carson tapped into a realization that had begun in the late 1950s and early ‘60s that there was this notion of a whole earth functioning and that there were these big impacts that you could see for the first time,” Lerdau said. “You could see how things moved on the scale of whole continents, and that’s what Carson was talking about with DDT. She captured the idea that there were connections out there that we hadn’t thought about before.”

The book endures, Lerdau said, because it’s an origin story of a way of seeing the world that has only gotten more profound.

“We’ve seen so many other examples of the impacts of environmental contamination,” he said.  “Carson’s been proven right over and over again. We now have an even greater sense of the interconnectedness of life at continental and global scale.”

Lerdau also believes that Carson provided an early model for the interdisciplinary approach to scholarship, one that is driving scientific innovation today.  Biology, chemistry and geology had largely been separate disciplines, Lerdau said, but Carson was among the first to bring them together – inspiring a model of scholarship central to the mission of the Department of Environmental Sciences at UVA when it was founded in 1969.

“I have grants now with a geologist doing remote sensing and an atmosphere chemist, so we have a biologist, a geologist and a chemist all on a grant together in one department,” Lerdau said.  “That’s the kind of thing that drew me to UVA, and that's what keeps me here. That is an amazing thing.” 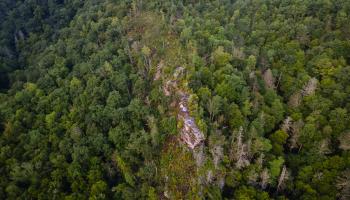 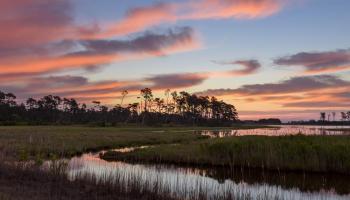 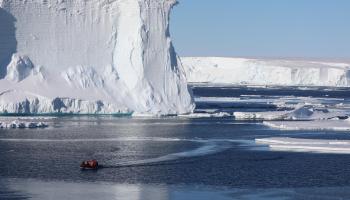